Eating with the Seasons

There is something very special about eating with the seasons, it puts us back in touch with nature – our greatest healer. By keeping in rhythm with nature, seasonal eating can help to restore balance when our body feels taxed and ungrounded. Seasonal eating is what nature intended for us; it is the way we have eaten throughout our evolution.

Supermarkets and greengrocers are now saturated with imported, mass-produced, artificially-grown and ripened produce so much so that we can have anything in or out of season. We often don’t know how seasons relate to our food – save for certain holiday foods or customs.

Less than a hundred years ago, we were eating in a much more seasonal manner, as many of these technologies for long-haul transporting, storing and ripening of foods were not available.

Eating with the seasons doesn’t have to be difficult; it can be a gentle and economical way to bring us back in touch with our natural balance. Seasonal eating promotes awareness of where our food comes from and it can help reduce our environmental footprint. 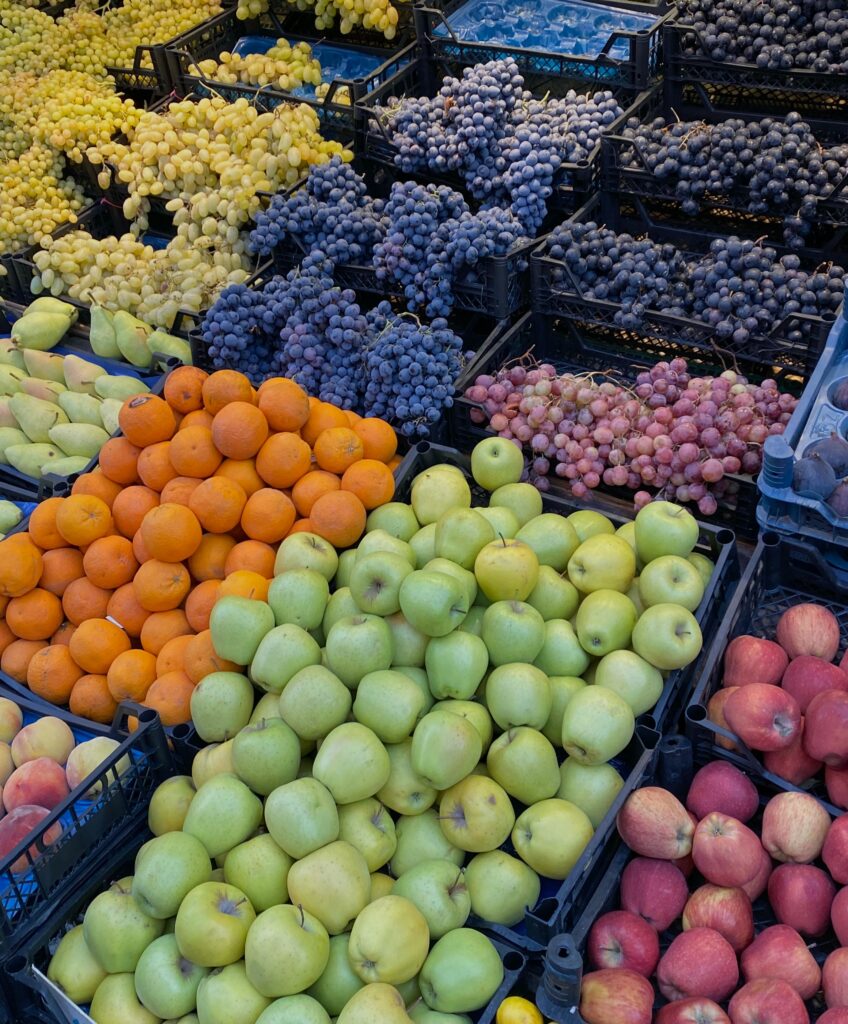 So, what is eating with the seasons and how can we do it?

Seasonal eating is about favouring produce that is in season and naturally ready or ripening for consumption. In summer, we have light delicious berries; in autumn, leek and potatoes; and in winter, grounding and nourishing turnips and parsnips. There is a certain symphony in eating with the seasons that any keen gardener or farmer can attest.

There are two main ideas of seasonal eating: ‘Globally Seasonal’ whereby you consume foods that are produced in season but not eaten where they were locally harvested – for example, pears are a winter fruit, so a winter pear harvested in the US but shipped to and eaten in the UK is considered globally seasonal. ‘Locally Seasonal’ means eating food that was produced in season and nearby, for example, a pear harvested and enjoyed in winter within your local area.

Locally seasonal is encouraged, however, globally seasonal can sometimes be preferable to local but out-of-season produce. When produce is heated in greenhouses, they can have a higher carbon footprint compared to those grown in their seasonal climate and then transported to another country to be consumed. Shipping is far less energy consuming than air freight. Rather than get too caught up in all of this, we can concentrate on locally grown produce from farmers markets, local farm vegetable box schemes or aim for seasonal produce overall. Organically grown food is particularly prized as organic farming honours, both the seasons and the soil.

The benefits of seasonal eating are many. As well as the environmental costs of transportation and storage, food that has travelled is often more expensive to the consumer too. When food is in season there is often a surplus of it. So, for example, broccoli might be a quarter of the price in season, to outside of its season. When favouring a plant-based diet, it can be an excellent saving to go with seasonal produce. 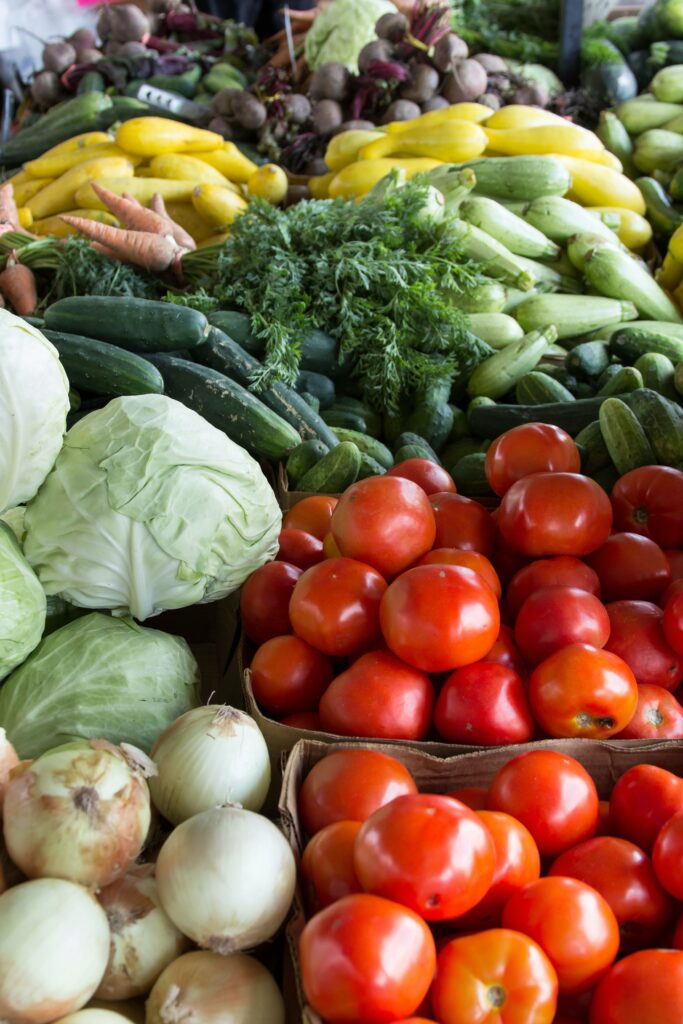 When not buying produce in season, artificial ripening processes, fumigation and irradiation of foreign goods also comes into play, reducing the beneficial properties of affected foods. Foods that are not in season need to be coaxed to grow in artificial conditions – glasshouses, with additional fertilisers, chemicals and gases which affects flavour and nutrient profile. Seasonal foods don’t need these artificial coaxing as they are able to follow their natural rhythm which is better for the plant, the environment and for the consumer. Plus, the food is much tastier.

Seasonal produce often has more nutrients – and locally grown is even better. Fruits and vegetables contain maximum nutrients at harvest and levels drop from that time. If you can get to a local farmers market or find a greengrocer that utilises locally grown, you’ll be getting as close as you can to fresh-picked.

A plant in its peak is healthier and more likely to be producing tasty and nutritious foliage, roots and fruits, so it makes sense that seasonally appropriate food is going to be more health promoting. Creating your own mini garden of summer salad vegetables, starting a herb planter, or planting some fruit trees is a fabulous way to add to your diet and can be a marvellous stress relief too. Gardening is a great and supported reason to be outdoors and there are community gardens and allotments if your home doesn’t have a workable space.

Eating seasonally may introduce you to a more varied array of fruits and vegetables as it’s easy to get into a habit of buying the same produce every week – especially as supermarkets tend to have the same produce available year-round. Investing in an organic or locally grown fruit and veg box scheme, or going to the farmers market and enquiring about the seasonal produce can lead us to try an array of fruits and vegetables that might not usually be on the menu – kohlrabi, sea purslane, persimmons anyone? Having a broad array of plants in our diet throughout the year ensures phytonutrients with various healing properties are being consumed.

A wonderful way to further enhance seasonal eating is to incorporate preparation techniques that further honour the seasons – with more raw, light and cool dishes appropriate for the warmer summer months and more nutrient dense, warming and slow cooked dishes for the winter months.

There are loads of different sites online that can give you the information as to what is in season where. Some boxed vegetable schemes provide recipe ideas for their seasonal produce which can be interesting and useful, although they don’t always cater for the vegan lifestyle. CNM’s Vegan Natural Chef course is a wonderful way to learn how to incorporate natural, seasonal foods into delicious meals. Eating your way to health by eating with the seasons never tasted so good.

how to become a natural chef